Style and Function: A History of Chef Uniforms 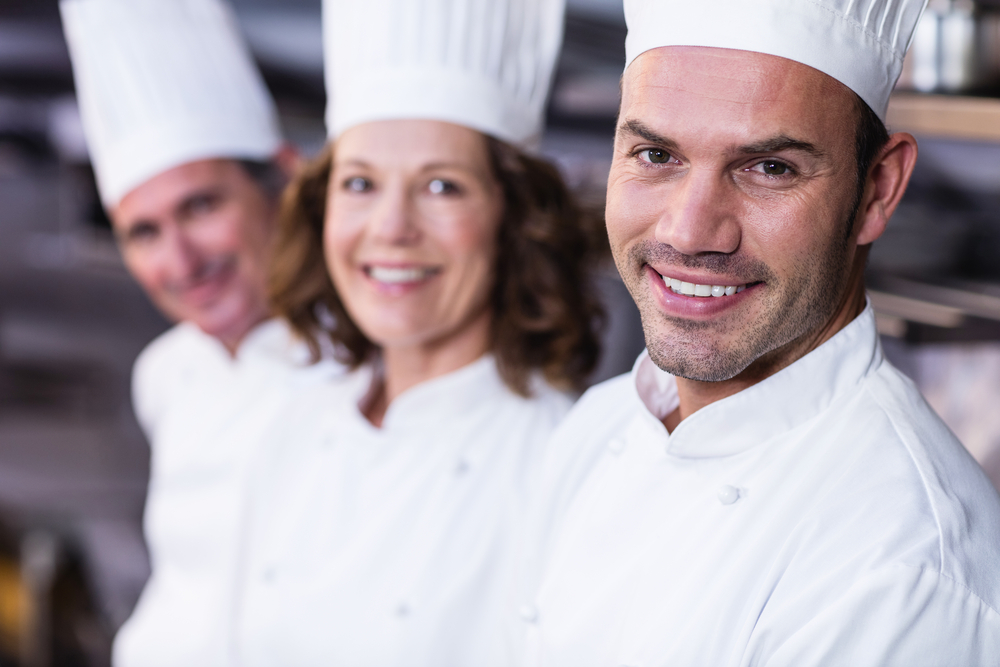 The history of chef uniforms is extensive. There are few professional uniforms more iconic and recognizable than the pristine, white chef uniform. The garment conjures up images of fine dining and culinary excellence. Not to mention, the pristine white garment is also symbolic of the foodservice industry’s commitment and responsibility to hygienic food preparation.

To the untrained eye, that’s all there is to the chef uniforms: a distinctive style that represents hygiene and professionalism. To the more refined and knowledgeable in the culinary arts, the chef uniform is a  masterpiece in functional design. The knotted cloth buttons, for example, are designed specifically for the kitchen. The fabric covering/construction prevents it from melting as chefs work in such close proximity to open flames. The long sleeves and double layers of the jackets help protect against burns. Its reversible, double-breasted frontage helps hide the stains that are inescapable realities of the professional kitchen.

There are varying versions of how the chef’s hat came to be. These versions include tales of poisoned kings and chef beheadings over a stray hair in Henry VIII’s court. One of the more prominent tales, however, is one that dates back to 146 BCE during the Byzantine invasion of Greece. According to this version, Greek chefs evaded capture by dressing up as monks. The monk garb included large stovepipe hats that more or less look like the tall toques that we know today. After the invasion, the Greek chefs allegedly kept the hat and later generations of chefs have followed suit.

The distinctive pleats came a bit later. They’re more of a symbol of personal pride for their wearer. Legend has it that each pleat represents one dish that the chef has mastered. The more pleats there are, the larger the expertise.

The use and, essentially, creation of the white, double-breasted chef jackets that we know today is attributed to Marie-Antoine Carême. Carême cooked in the kitchens of European royalty, including that of Napoleon Bonaparte. His fame was so widespread that he is considered the first celebrity chef.

Aside from creating culinary masterpieces and the quintessential four mother sauces, Carême was also known for his recipe books. In them, he included sketches of himself wearing no less than the white, double-breasted jackets. This distinctive look became associated with culinary excellence. Decades later, French culinary artist Auguste Escoffier made the jacket a standard in professional kitchens. Escoffier especially emphasized the use of white jackets to convey a message of hygiene.

There is little evidence or historical detail to account for how or when culinary professionals included the houndstooth/checked pants. The same is true for the less frequently seen neckerchief. Chef’s attire evolved first out of necessity and then into a distinctive style known and respected across the globe.

We hope you enjoyed this journey into the history of chef uniforms. Are you looking for chef uniforms for your business? Contact Coast Linen Services today! We have been the trusted source of top-quality chef uniforms since 1945. Our expertise in restaurant apparel supply and servicing will make a world of difference in your restaurant kitchen.

Call Coast Linen Services at (732) 775-2000 or email us your inquiries at sales@coastlinenservices.com.